Have you ever wondered how developers talk about unnamed spaces in larger video game worlds? That is, how do teams talk about a single location on a map that never really gets a formal name?

It’s like callouts in a competitive multiplayer title back before games started naming specific areas in the UI. We pick one or two distinct features and start referring to the place in question by said features. Names can and do often change, though, and that happened with the place we’re spotlighting today, Butterfly Grove Cove. Sorry, caught myself.

Butterfly Cove is the space right near Production Terminal Victor. It was initially called “Butterfly Grove” because it’s the first place to feature the Waterglass Monarch, a beautiful name for a beautiful tree. 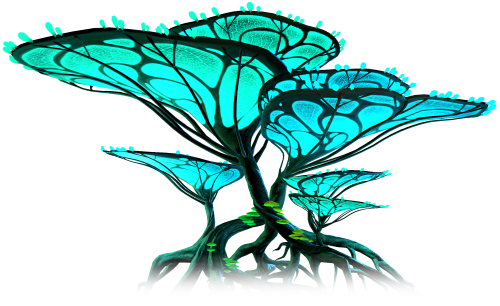 “Butterfly Grove” is actually present in the Techtonica demo that’s live on Steam right now. But! That version of this beautiful little space isn’t what we’re going for when we launch into Early Access.

The name evolved to Butterfly Cove when Ben, our Level Designer, added sand to the shoreline and gave the space an alien beach-like feel. Plus, as Game Director Richard points out, they rhyme.

What else changed? What can Groundbreakers like you expect to find in this new take on an already pretty spot? Let’s dig in.

The Waterglass Monarchs and their neighboring flock of plants take root

The flora is core to Techtonica’s art design, and its bioluminescence on Calyx has been central to our art direction from the beginning. These glowing plants and trees are meant to light the darkness, turning what should be a terrifying space into something bright and inviting.

That continues with the Waterglass Monarchs, Moon Blossoms, Maelstrom Lotuses, Yellow Emberstalk, and Painter’s Lilies that pock and spot the landscape in Butterfly Cove. 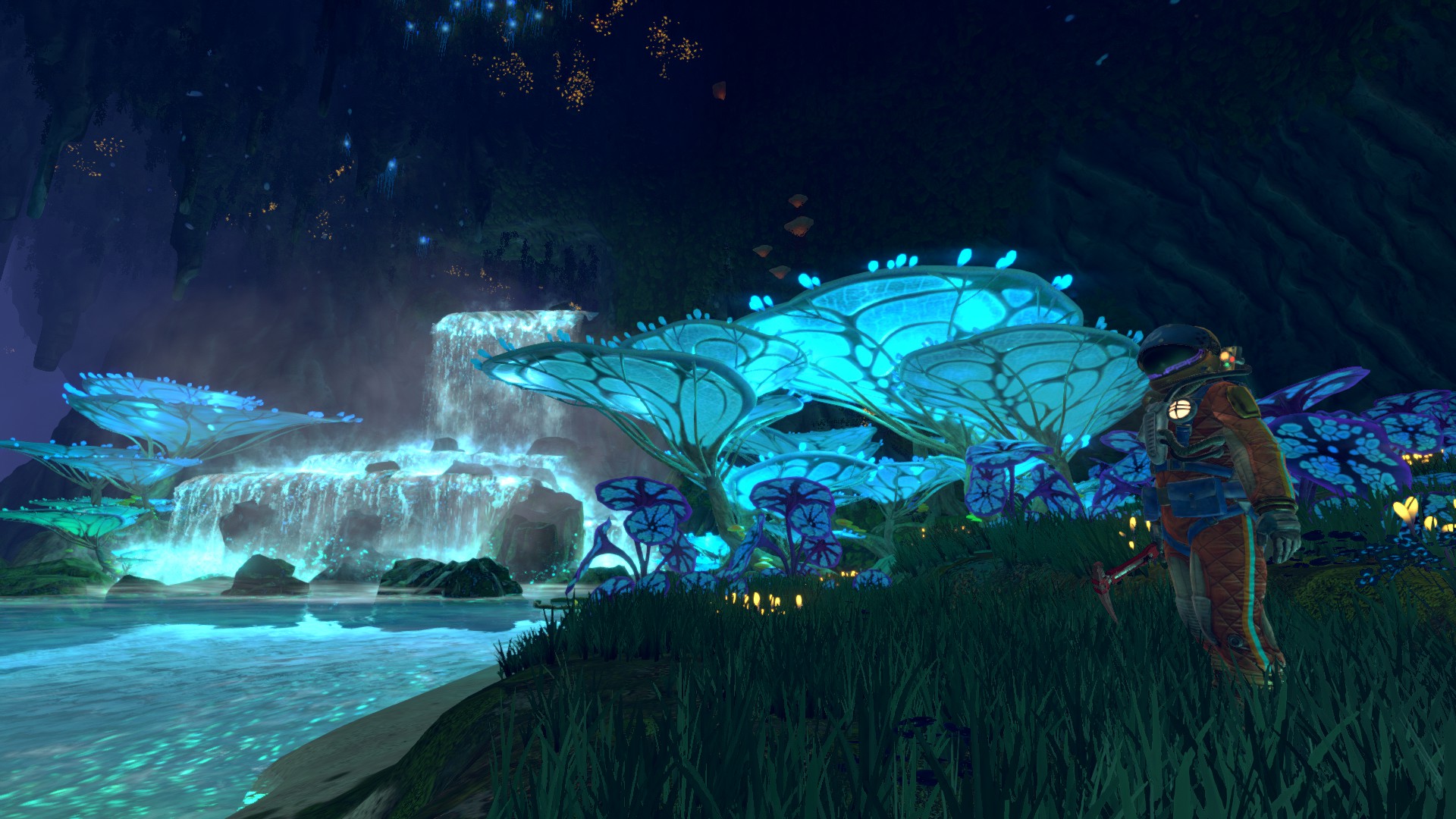 And yes! All of the plants and trees on Calyx are named, and you can learn more about them by scanning them and reading the databank entries that scans unlock.

Look up! The ceilings are alive with detail

The Butterfly Cove is now home to detail above, too. The cavern ceilings now feature dripping plant life and stalactites, making the space feel more alive. 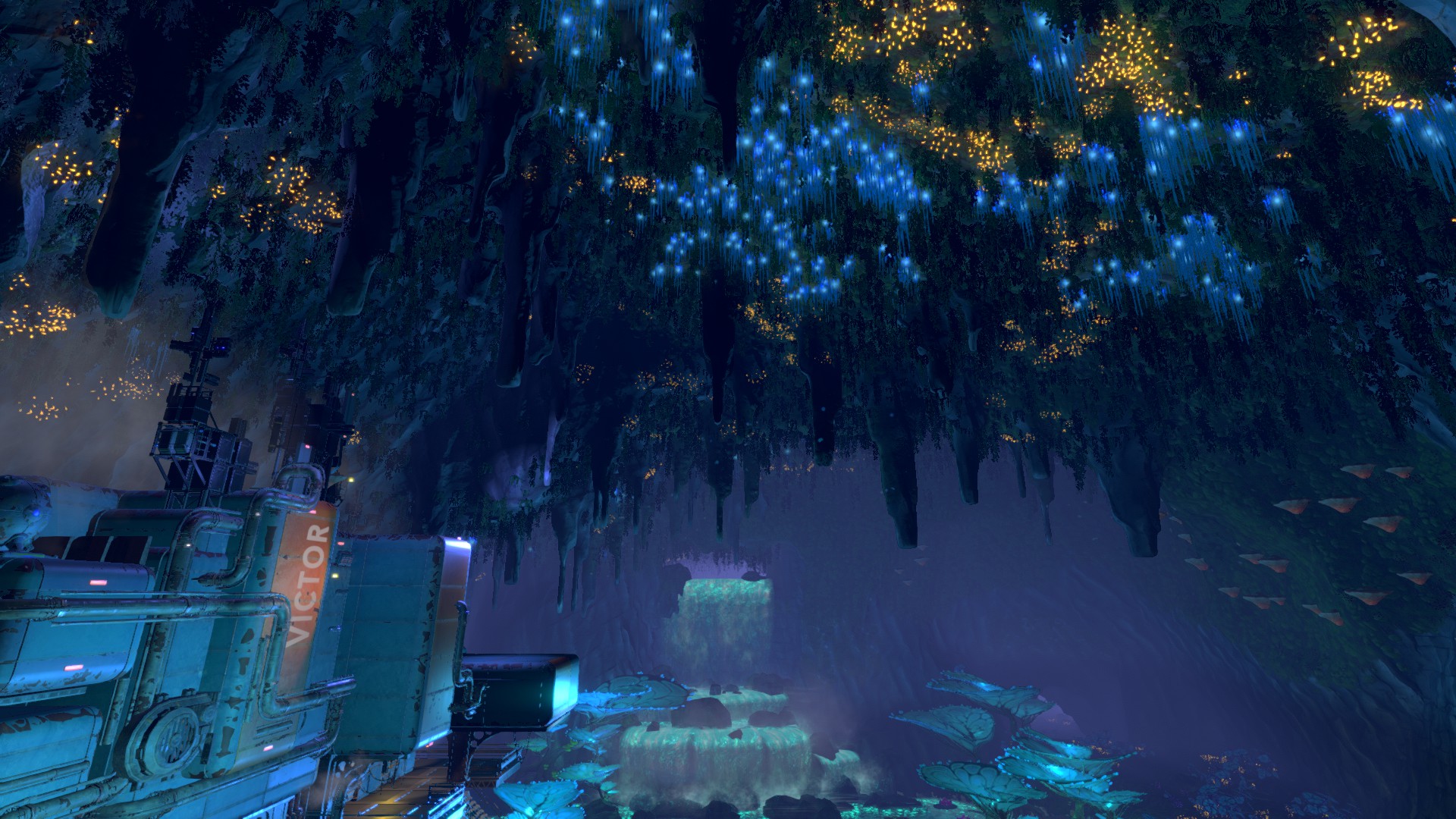 The fluorescent flora on the cavern ceilings of Calyx often reminds me of starry skies from a planet’s surface, and seeing this already pretty space teeming with “stars” is beautiful.

Butterfly Cove got its new name from the sand added to the shoreline. That shoreline marks the boundary between Calyxian cavern floor and freshly flowing rivers fed by brand-new waterfalls.

This is the first time we’re sharing imagery of flowing waterfalls in Techtonica, and you’ll find them throughout the area you’ll discover upon Early Access release.

If you played the Techtonica demo, you likely stumbled across a few narrative set pieces. Sparks was with you when you found, for instance, the mineshaft or the makeshift camp. These small narrative tidbits, and more like them, now surround Butterfly Cove.

We’re telling the story of Techtonica with big moments, of course, but little surprises like the ones in the demo will help breathe more narrative life into the smaller moments. We hope you like discovering them.

A sneak peek at the new Production Terminal Victor

Okay, so you’ve likely noticed the massive structure in the screenshots and clips throughout this post. As the letters on the building indicate, that’s the new design for Production Terminal Victor. 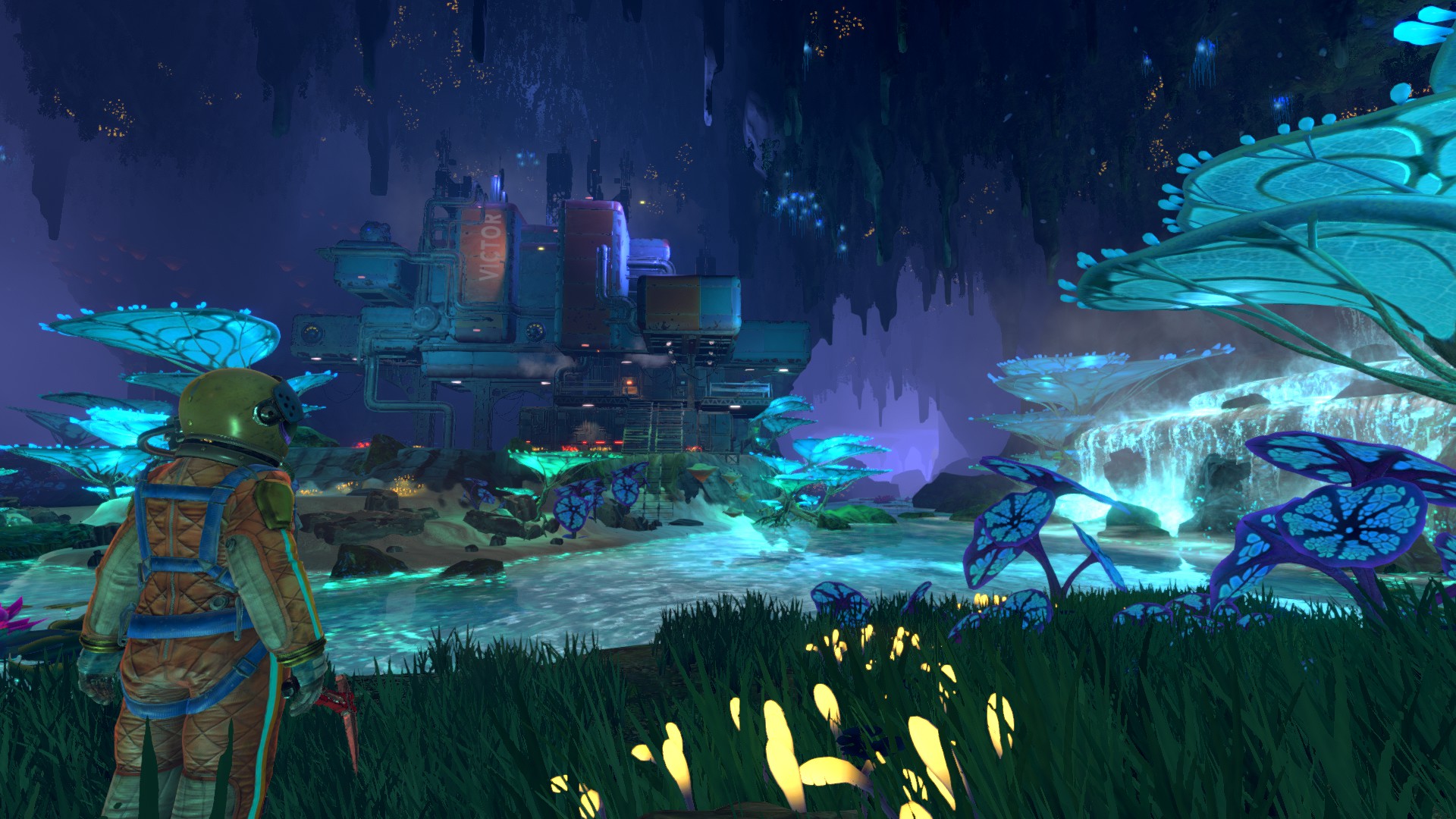