Factory automation games tick lots of different boxes for all sorts of players.

Whether it’s logistical problem-solving, exploration, accomplishment, objectives, or that flow state we’ve talked about before, these games rely on lots of moving parts (literally and figuratively).

In Techtonica, a lot of satisfaction comes from seeing the fruits of your logistical labor reach their intended destinations. Watching the iron ore you mined move along Conveyor Belts to become iron ingots, then iron components and a swarm of Inserters is part of the magic of what makes factory automation games feel so good.

It shouldn’t be a surprise, then, that our art team has been hard at work on the resources and products that move along each factory’s Belts.

If you played the demo, you might remember some pretty placeholder art and 3D models between your inventory menus and on your Conveyors. Those have all been replaced in the in-development version of Techtonica, and they look much, much better.

Creating an intermediate, such as Iron Components, starts with sketches against reference pieces. Those sketches get feedback and iteration as the concept moves from idea to model, as seen in macro detail below.

Feedback comes from members of the art team, of course, and it can be incredibly specific or more generalized. Here’s some mid-stage work with real feedback from our team.

With feedback, icons and models became much more refined into what you’ll actually see in the game at launch. 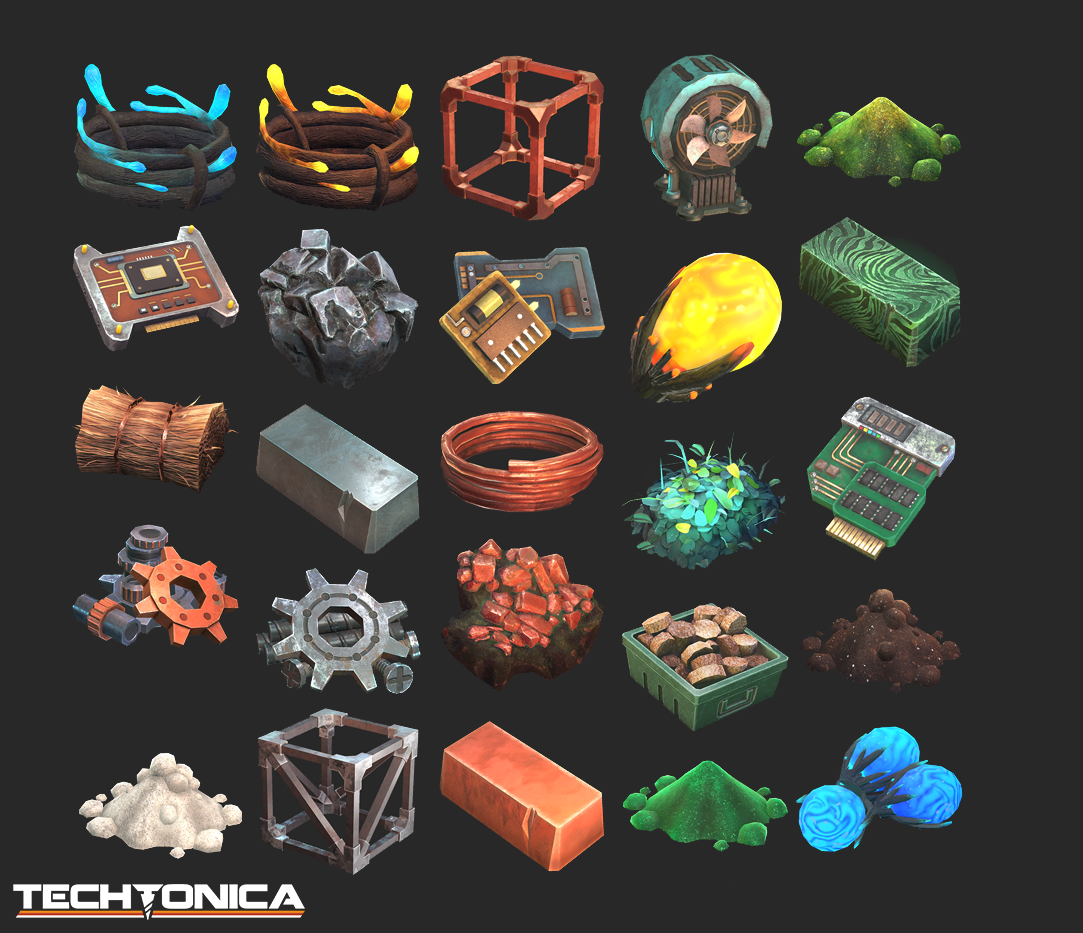 And here’s what it looks like on belts in the in-dev version of Techtonica. We’ve changed the way we render metal since the Alpha and demo, too. Metallic resources and products will look properly shiny in low-light environments instead of too dark or flat, as they were before. 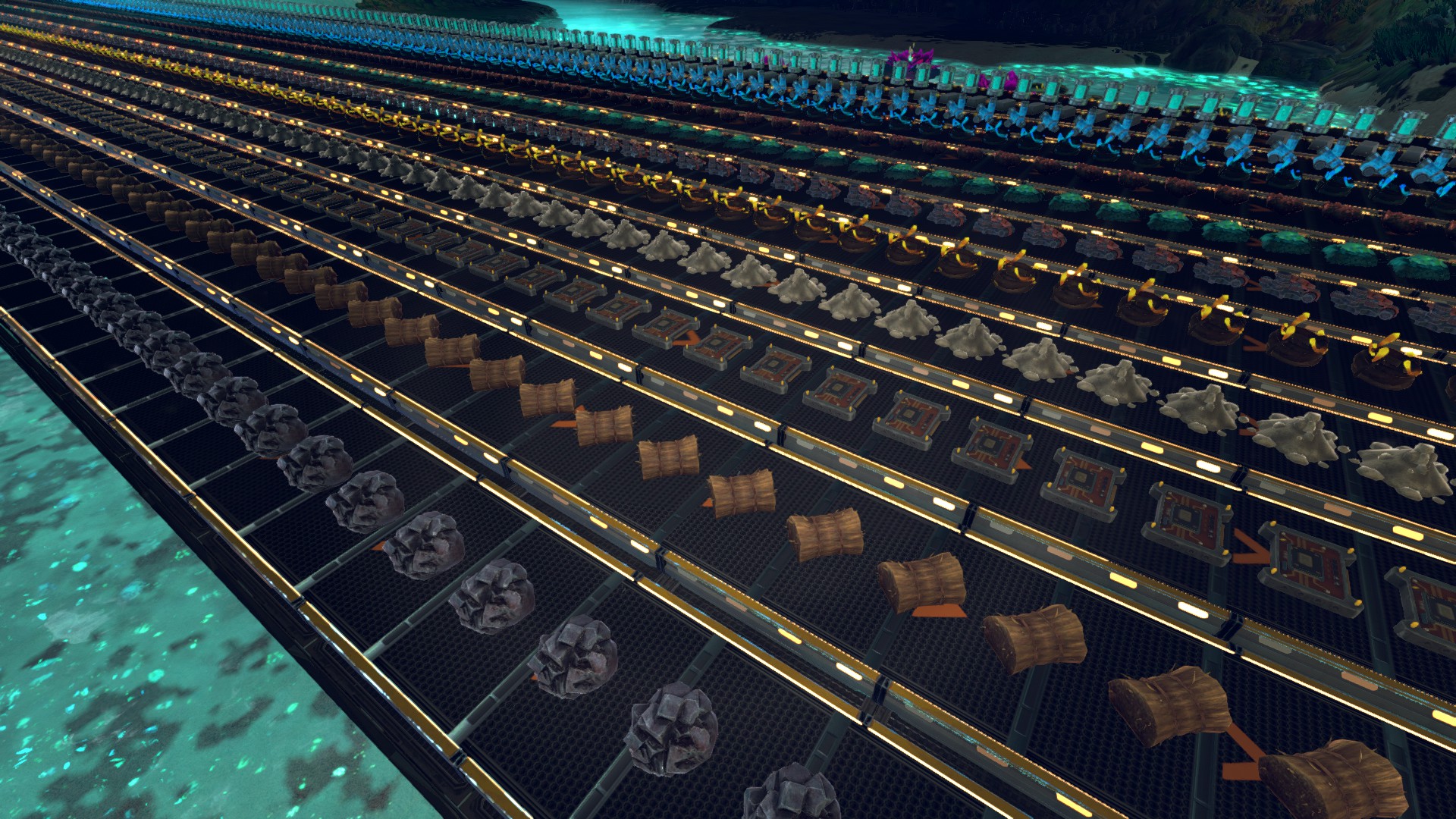 The work includes what these resources and products look like in your inventory and crafting menu, too.

These models and icons come together to progress the vision of Techtonica and the world of Calyx for players. Hopefully, you dig what you see and take as much joy in producing these materials as we did in creating them for the game.

Until next time, Groundbreaker.