The first few moments of a game matter, don’t they?

What are you doing? How does it feel? What sounds do you hear? How’s the view?

In the Techtonica demo, there’s this moment when you break out of the buried facility and make your way into a small, open floor in front of a big machine. This whole place was temporary, a proof of concept space put together specifically for the alpha and demo that we knew we’d eventually change.

Here’s a screenshot of that moment in the demo to jog your memory. 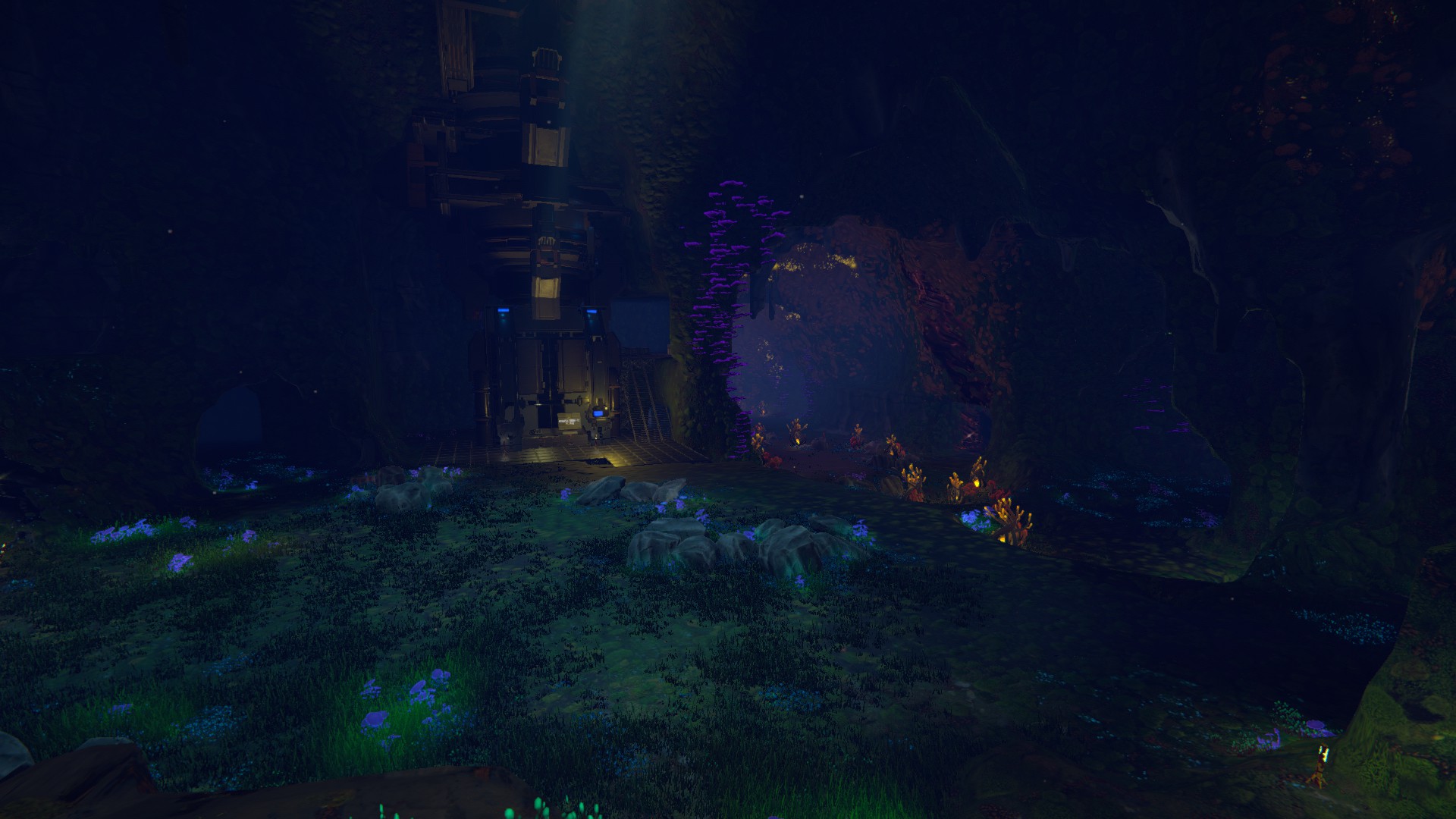 That big machine at the front of the dark cave? That’s Production Terminal LIMA, or PT LIMA for short. Production Terminals are a big portion of Techtonica. They’re where you feed materials to earn upgrade levels on your Tech Tree, and they serve as outposts pushing you further into the cavernous world of Calyx.

We teased PT VICTOR in our last post, and we’re excited to take a much closer look at PT LIMA today. Here it is.

In this week’s update, we’ll explore the brand-new Production Terminal LIMA space and what makes LIMA (and all PTs, for that matter) special.

Emerging to a beautiful moment

As for that moment when you leave the buried facility… Here’s what it looks like with the new Production Terminal LIMA and its surroundings.

The smoke above the terminal, its hulking scale, the way we guide players to the panel with lighting and plant placement, it’s all done to give players a really nice feeling when they see LIMA for the first time. I love it, personally.

My favorite part is the label on the front of the PT, “LIMA.” They’ll all bear their names with a similar mark, making distinction among players much easier.

PTs have ports. These ports accept materials on Conveyor Belts delivered via Inserters, and they facilitate the automation of PT upgrades when demands get really, really large later in Techtonica.

The ports are essential to a positive player experience, especially for Groundbreakers who expect pure automation. Why carry things and dump them when machines can do it for you?

Production Terminal LIMA and VICTOR only featured three ports in the demo. Each PT will feature different counts in the Early Access version of Techtonica. PT LIMA features six ports…

The counts of ports on later PTs will change in conjunction with the scale of industry required for repairs or upgrades. Interestingly, changing port counts required a modular approach to Production Terminal design, as you’ll see throughout the caverns of Calyx.

Production Terminals are massive relative to the other machines. They had to be modular to allow for various combinations, unique footprints, and silhouettes based on design and narrative needs. They also needed visual consistency regardless of scale, footprint, or location.

We wanted Production Terminals to be like lost industrial temples–mysterious structures full of latent energy waiting to be tapped.

For inspiration and reference, the art team looked at the cantilevered structures of Frank Lloyd Wright’s Fallingwater, the imposing silhouettes of Brutalism, and the exotic aspect of ancient ziggurats. 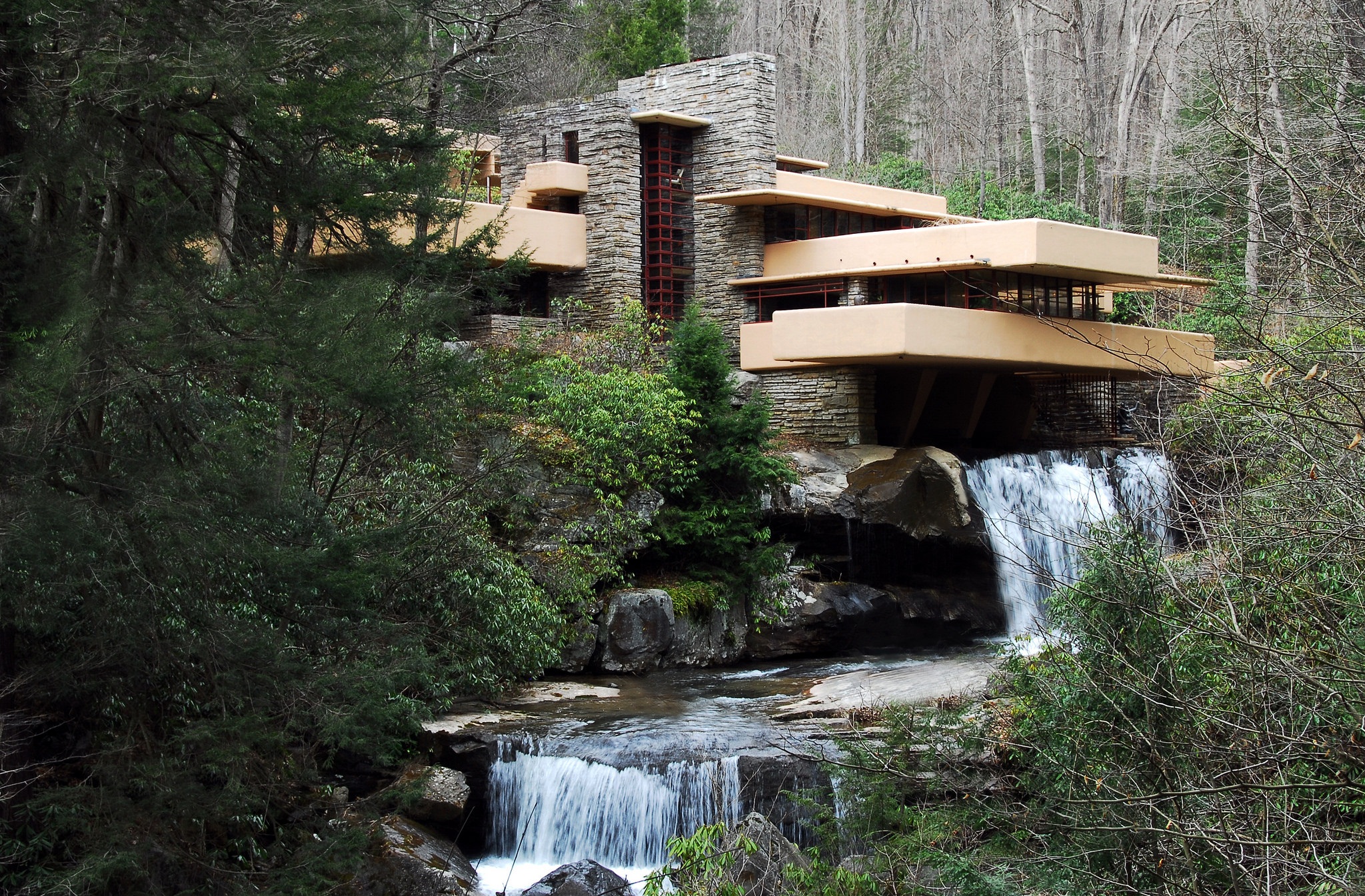 From inspiration to concept and modeling

After landing on an inspired look and feel, there’s lots of work to bring things like Production Terminals into Techtonica. That includes experimenting with gray box shapes and playing with scale.

Here’s some work done way back during the summer of 2022 while we were still in the concept and design phase for the Production Terminals.

Finally, here’s a paintover for what is now PT VICTOR and Butterfly Cove.

And here’s a recent screenshot of the same space in the development version of Techtonica.

Thanks for reading, Groundbreakers!

Wishlist Techtonica, and we’ll see you in next week’s update focused on the M.O.L.E.’s upcoming flatten mode.