In the demo for Techtonica, the Echosketch is a functional mapping system that lets you know where you are in Calyx’s network of twisting caverns.

It works! For the demo.

But… we have so much more planned for the Echosketch you’ll build upon release, and that’s what we’re taking a look at today.

What’s changed, in a nutshell?

Okay, so let’s dig into these new elements of the Echosketch so you can see what’s what and why it’s super cool.

Look at all the new colors!

It’s a little tough to make out the player icon and the rest of the map on the Echosketch that’s working in the Techtonica demo. Those colors have been updated for the Early Access version of Techtonica.

At release, you’ll find a high-contrast map design that makes it easy to pick out the player icon against the terrain quickly. This update is pretty stark; see for yourself in the before and after screenshots below. 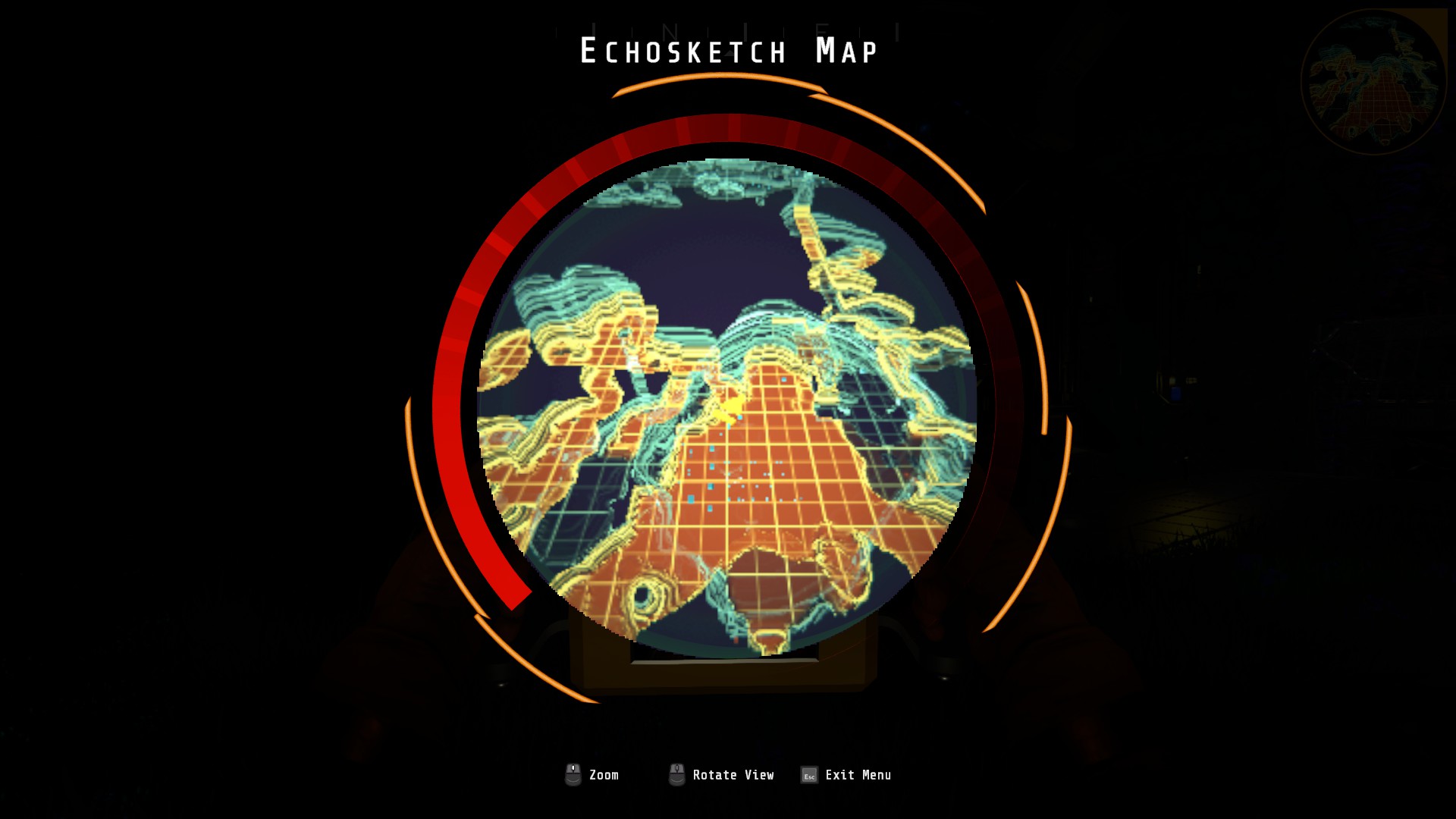 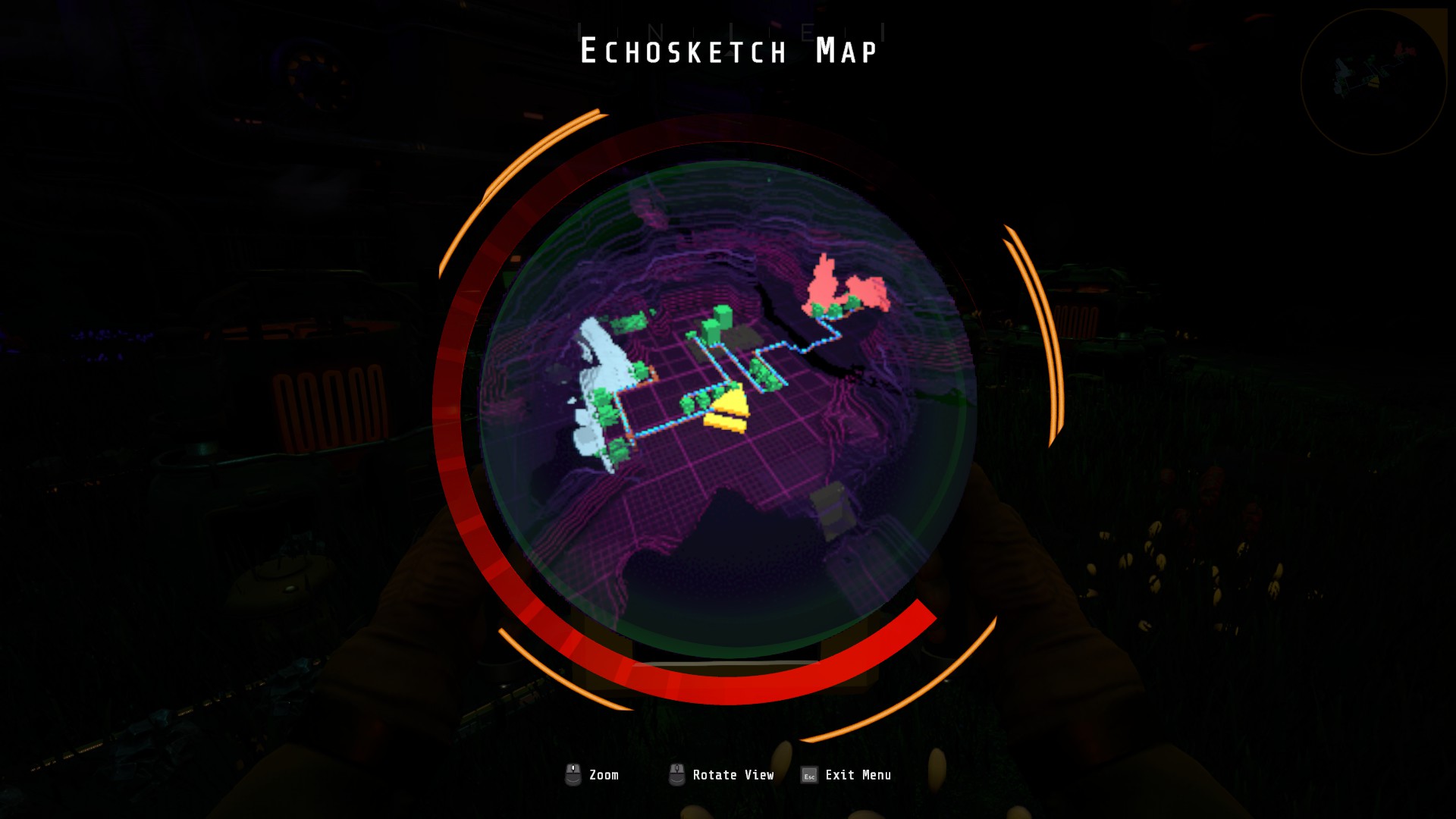 Oh, there’s a massive copper deposit over that way.

The new Echosketch enhances your ability to find those resource veins by plainly revealing them on the map. A quick glance gives you a sense of where you should head next for that source of iron, copper, or atlantum.

Look at my lil’ factory go!

It’s super helpful to have machines, belts, and belt-riding materials show up on the Echosketch map. As you explore the caverns of Calyx and expand your factory’s footprint, you can sometimes get a little turned around and forget where you put, say, that bank of miners or smelters. With the Echosketch, a quick look now tells you where things are and even if they’re operating.

Yep, the little animated factories loog great. And they serve the purpose of sharing your machines’ status from the map itself.

We asked Richard, the Game Director on Techtonica, why he added the animated machines to the Echosketch. As usual, his answer was poetry.

Bonus round: Check out some early map concepts for the Echosketch

The Echosketch design has, as with almost everything in Techtonica, seen its fair share of iteration. We thought it’d be fun to share an earlier mockup of what the map system could have looked like.

Notice the machines, the conveyor lines, and the ore veins? Those are all in and working for the in-dev version of the Echosketch. The other stuff? Maybe those are hints of what’s to come.

Thanks for reading, Groundbreakers! We’ll see you next week.

Wishlist Techtonica, tell your friends. Let’s get to work.